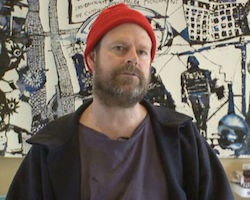 Locust Jones was born in Christchurch, 1963, and is now based in the Blue Mountains, Australia.

There is a captivating frenzy to Jones prints; cut energetically from large sheets of wood with power tools and chisels. Figures, helicopters, fences and animals jostle within the image, often enveloped in attention grabbing colours.

Locust has exhibited widely including New Zealand, India, Australia, Lebanon and the United States of America. Jones often represents political unrest in his work and in 1999 and 2004 was invited to Lebanon to produce artwork, which was subsequently exhibited as Amnesia Beyrouth in Brooklyn, New York in 2004.

In 2010 Locust was the winner of the Bold Horizon National Contemporary Art Award. Known for its controversial winners, Jones won this award with his entry of four handmade papier-mache orbs inspired by world events. 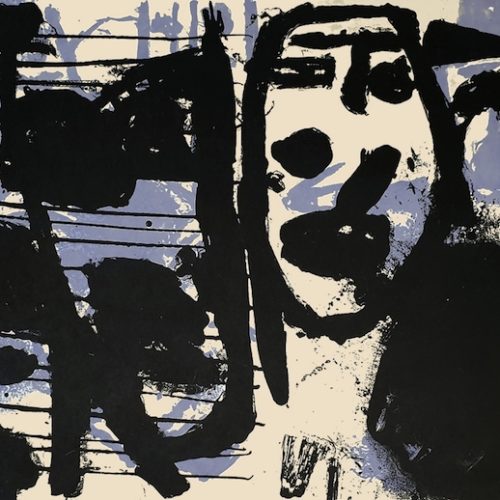 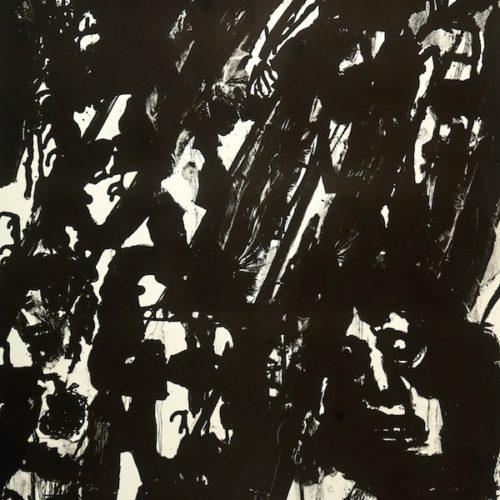 Study for States of Hysteria 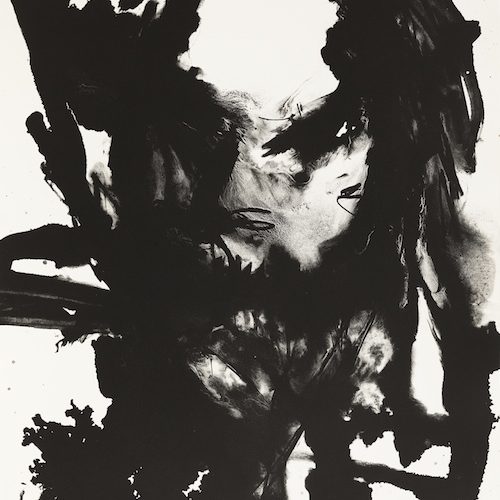 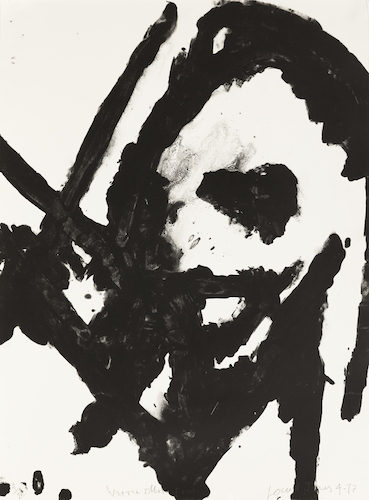 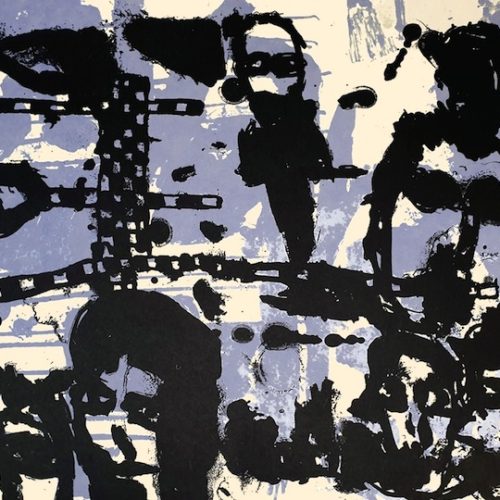 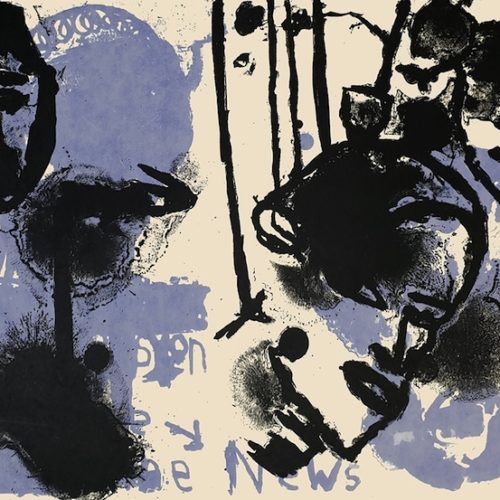 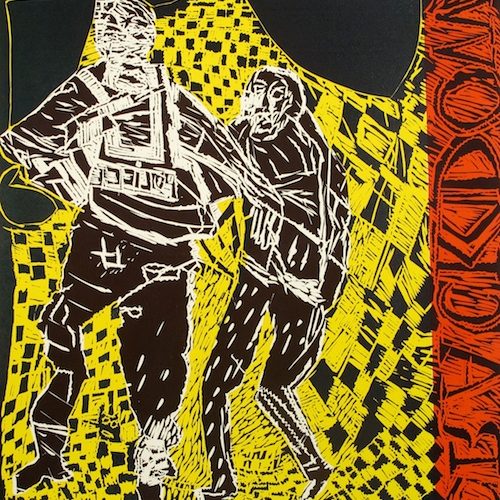 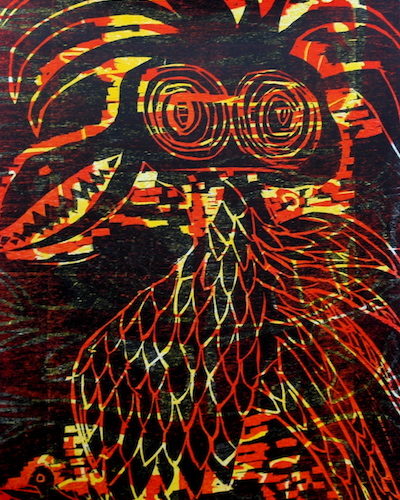 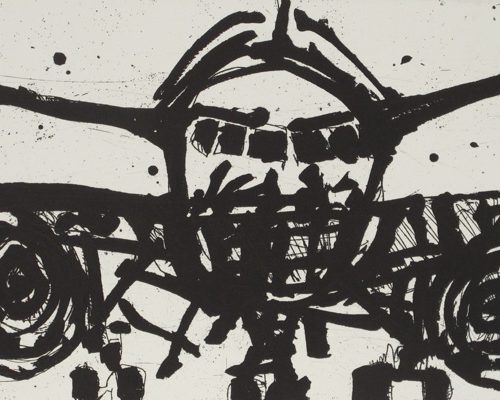 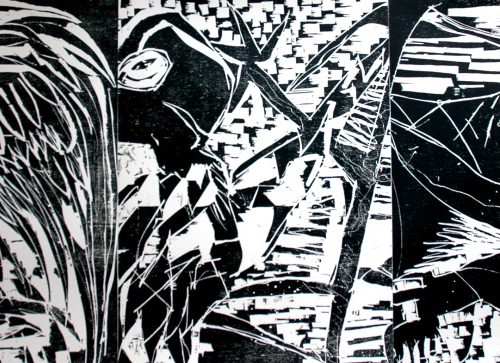 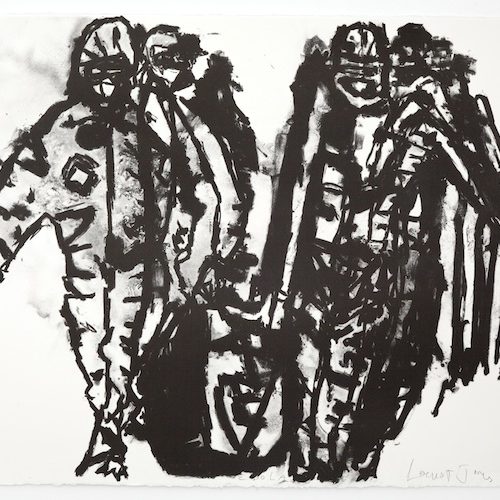 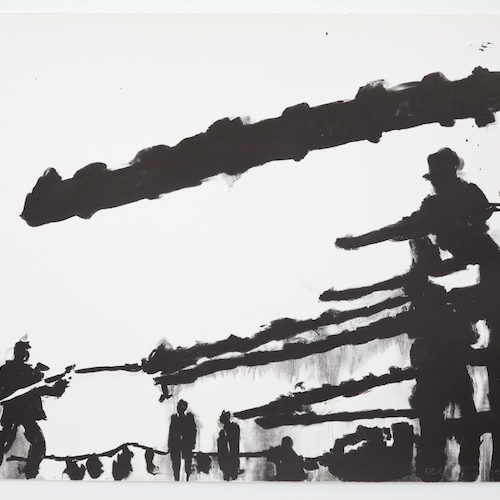 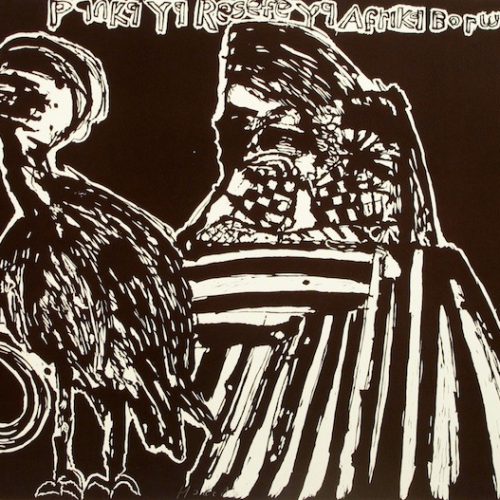 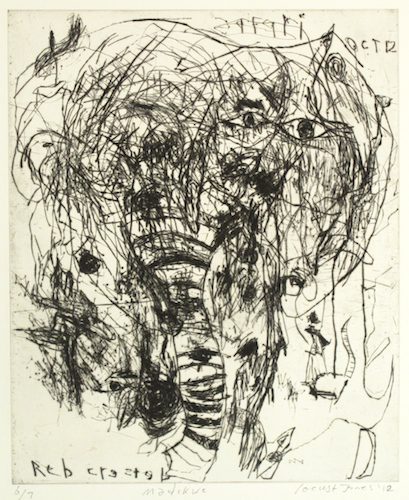